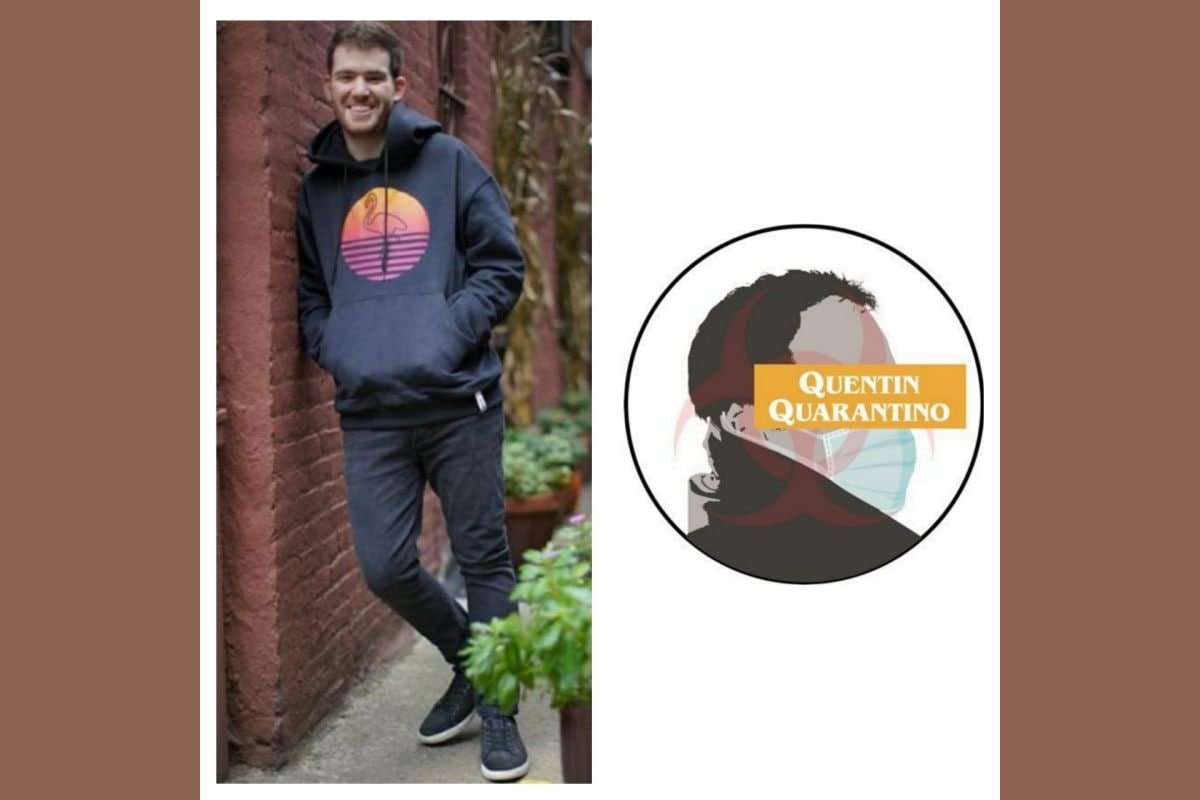 Manhattan went into a lockdown in March last year and that’s when Tommy Marcus started the Instagram meme page Quentin Quarantino (@quentin.quarantino), which now has 654k followers. “I was making the people laugh during a tough time,” recollected Marcus on a Zoom call with Gadgets 360 earlier this week. What started as a meme page is now is a platform that speaks out against social injustices and raises funds for burning social issues. Marcus has witnessed his personal transformation from a meme-artist to a prolific fundraiser during this period. He is currently raising funds for India’s COVID-19 crisis and said he has managed to raise more than Rs. 3.3 crores for the cause. We caught up with Tommy Marcus and talked about his page, life, and his fundraising initiative.

Talking about his motivation to raise money for India, he observed, “I was drawing comparisons with what’s happening in India and America, what happened here during the earlier months of COVID, the comparisons of the leaders, [them] not listening to science… that’s when I kind of decided to ditch the humour on my page for a few weeks and raise funds for India.”

“It is all the community feeling and the connection among the people that keeps these fundraisings going,” Marcus added. When the conservative American radio host Rush Limbaugh died this February, Marcus raised over $1 million (roughly Rs. 7.3 crores) and donated it to Planned Parenthood, an American non-profit that Limbaugh had lambasted during his lifetime. “The Rush Limbaugh project helped me realise the potential of my followers to do a good thing,” Marcus remarked with a smile.

Marcus said about 5 percent of the fanbase of Quentin Quarantino are from India. “It is really sad how the government can’t be taking care of the people. There was this sense of privilege surrounding me which made me feel like I wanted to do something for India after reading some articles about what is happening out there. My followers and I have collected this money largely on behalf of the American people. Now we are all in a place of safety. I’ve been vaccinated. The situation in America is getting a lot better. But to see this same cycle that we were in last year happening somewhere else. What was happening in India really hit close to home for all of us… I wouldn’t say it felt like an obligation, I felt like I really wanted to do something for the people there. That really pushed me into this direction,” recounted Marcus.

When asked about how he made sure that he chose a legitimate organisation to associate with to raise the funds for India, he said his priority was to make sure that the organisation was not affiliated to the government. “I spent a full day to make sure that I did these fundraisers correctly. My main focus was to stay away from the government… Instagram was very helpful in making sure that this happened. Reading reviews, articles, Indian celebrities’ reviews also helped in picking out the right NGO.” For the India COVID-19 crisis fundraising, Marcus has joined hands with GiveIndia, a non-profit organisation based in Bengaluru.

“The NGO sends me an update everyday regarding how they’ve used the funds, their hands are tied that way too… I can’t say the exact statistics but some tens of thousands of oxygen cylinders have been given out already using the money… It is not like at the end of the fundraiser a lump sum will be sent, the money is already being sent to the charity,” described Marcus.

Before starting Quentin Quarantino, Marcus ran @unhinged, a dating-based meme page on Instagram with 308k followers. @unhinged had a big corporate sponsor. But there were several restrictions as to what he could post on the page. Thus when the lockdown struck, he started Quentin Quarantino with the aim of putting up 25 posts a day. “I’ve always been a very political person. All the posts (on Quentin Quarantino) were rooted in humour. It continued to be funny through the months leading to the [US presidential] elections… But when I started calling out stuff, I started losing some Trump-fan followers,” Marcus said.

Looking back at the transformation of his page, he said, “When I started the page, I thought, ‘Holy sh_t, I’m gonna make so much money’. But now I’m like, ‘Holy sh_t, I’m gonna change the world’.”
He recalled his experience as he started to navigate the social space with political content, “I’m friends with a lot of the popular meme-makers on Instagram… when it comes to posting political stuff, a lot of them stay away from it. A lot of the people are shy to do any controversial stuff. When I started posting the serious stuff, a lot of them started messaging me, asking me if I really wanted to get into the controversial stuff.”

“I’ve never made money on my page selling a single ad,” he explained. “It is kind of difficult to describe my particular space on the Internet. But there is so much solace and purpose in doing what I’ve been doing.”

He said that he has a routine for a typical workday. “But a lot of unexpected things keep coming at me throughout the day. I’m on Instagram for some 10 hours a day… I still don’t have a future vision about the page, but I think that’s to my benefit, right now I’m taking it one day at a time,” Marcus added.

The name of the page is a derivative of Quentin Tarantino, his favourite movie director, with a play on the word ‘quarantine’. When asked about the one thing that he’d want to tell Tarantino if ever gets to meet him, Marcus gushed out with a laugh, “Quentin, how have you not followed me yet?”